Written by Paul Duffy
Updated over a week ago

It is possible to import content and send it to multiple locations in the Umbraco content tree, using the Multilocation Import feature. Here’s how it works:

Choose the project and Items to import

The first couple of steps are identical to our normal import process and lets the user specify the project and Items to be imported. 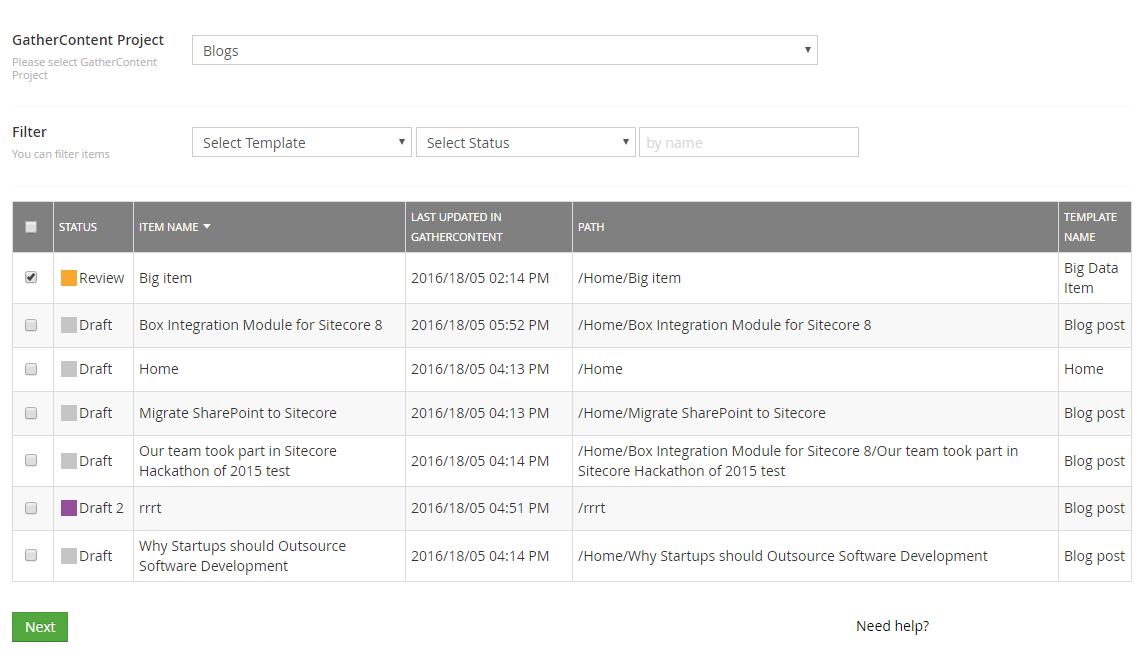 In the next step, all mappings for picked Items will be shown, letting the user specify which mapping should be used and which location it should be imported to. By default, each mapping will have a default location set during a mapping setup.

The user will now be able to review the importing Items and see which mappings will be used. It is also possible to select the status that will be assigned to the Items in GatherContent after a successful import.

After clicking the “Import” button, the same process for a normal import will commence, showing the results screen after it has finished.

Did this answer your question?